After a brief overview of robots and their form and history in Part One, this post consider the place of robots in industrial economies.  In many respects, the history of the robot is inextricably linked to questions of work and labour. The first use of the word robot was in RUR (Rossum’s Universal Robots), a 1920 play by the Cheokslavkian Karel Capek . As Dennis G. Jerz points out, “the Czech word robota means “drudgery” or “servitude”; a robotnik is a peasant or serf.” This link between the robot as worker or labourer is also found in Fritz Lang’s  Metropolis (1927) in which the robot Maria serves as a catalyst for a proletariat revolution. The connection between machine and wage-slave is even implicit in Marx and Engel’s 1848 Communist manifesto in which they warn that, “owing to the extensive use of machinery, and to the division of labour, the work of the proletarians has lost all individual character, and, consequently, all charm for the workman. He becomes an appendage of the machine“. There remains the possibility that industrial robots might one day gain sentience in which case the robot uprising will be less like The Terminator and more like Battleship Potemkin.

Setting the question of robots developing class-consciousness aside (its difficult, I know, but let’s try) we first need a better understanding of just how common the use of industrial robots has become.While we might still be startled to see a robot trundling down the street it is easy to forget the robots are everywhere, often out of sight, whirring away feverishly in factories and warehouses. As the roboticist and human friend Dr Tom Larkworthy once astutely noted, “most robots are just arms“.

A few decades ago this was pretty whizz-bang stuff, as in Hugh Hudson’s iconic ‘Hand Built by Robots‘ advert for the Fiat Strada in 1979:

What once inspired awe and fascination is now taken for granted, if considered at all, but since Hudson’s hymn to the workerless factory the use of industrial robots has increased significantly. In October 2000, the UN estimated there to be 742, 500 industrial robots in use; more than half of which were being used in Japan. By 2011, According to the International Federation of Robotics (IFR) study World Robotics 2012, there were at least 1,153,000 operational industrial robots and  estimated to reach 1,575,000 by the end of 2015. The annual turnover for robot systems was estimated to be US$25.5 billion in 2011.  (thanks wikipedia!) END_OF_DOCUMENT_TOKEN_TO_BE_REPLACED

To be fair that title is deliberately provocative and designed for optimal attention-grabbing value. So lets say right off the bat that I am in now way suggesting that any of the comedians talked about here are actual fascists. This is just for fun and because I like being overly analytical about comedy. Also, there’s a built in double bind which means if you do get offended by my lighthearted assertion that certain forms of comedy and comedians are ‘fascist’ and think I shouldn’t be saying such things then that would indeed make you look like a fascist.

So I’m just going to start and if you are the kind of person who has an irony deficiency (seewhatIdidthere?) then you should probably look away now. Unfortunately, if you do suffer from an irony deficiency then the chances are you will not know this. That’s one of the symptoms. For the rest of you, what follows is an irritatingly contrived attempt to come up with a theory of comedy I will no doubt simply discard and disown as soon as I’ve written. For I am a multiplicity damn it!

Hopefully the writing won’t get too florid and the theory too abstract but it is me writing this, so you can’t say you weren’t prepared if it does. Luckily I’m going to whack a load of videos of comedians in there to illustrate the argument so that should take the edge off things. Basically, the question I want to ask here is, “what is the point of comedy”? 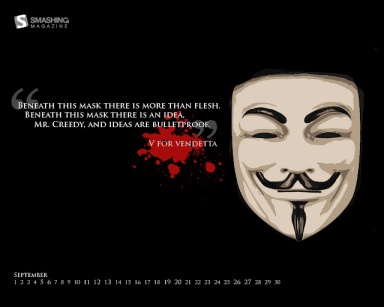 In my thesis I have made a distinction between the types of posthuman body found in comic books and how these relate to various other versions of posthumanity in philosophy and transhumanist texts. Of particular interest in terms of posthumanism and anarchy is what I call the posthuman Cosmic Body (more detail can be found by clicking on the link). This final post on Anarchy and Posthumanism (part 1 is here and part 2 is here) will consider how anarchism has been presented within superhero comics and note how these representations usually chime with this vision of the ‘Cosmic Posthuman’. END_OF_DOCUMENT_TOKEN_TO_BE_REPLACED

A forthcoming paper in the journal Ethics, Policy and the Environment entitled “Human Engineering and Climate Change” has recently caused a bit of a hoopla for daring to suggest that the notion of human enhancement deserves “further consideration in the debate about climate change“. The paper includes a disclaimer stating:

To be clear, we shall not argue that human engineering ought to be adopted; such a claim would require far more exposition and argument than we have space for here. Our central aim here is to show that human engineering deserves consideration alongside other solutions in the debate about how to solve the problem of climate change. Also, as we envisage it, human engineering would be a voluntary activity – possibly supported by incentives such as tax breaks or sponsored health care – rather than a coerced, mandatory activity.

Never the less, according to an article in The Grauniad a flurry of hostile reactions to the paper (abetted by an interview in The Atlantic with it’s lead author S. Matthew Liao) ensued:

terms such as “eugenics”, “Nazis” and “eco fascists” were quickly being bandied around. One sceptic blogger said  that the “sick” Liao and his co-authors should be “kept in Guantanamo”. Another said  the paper “presages the death of science, and indeed the death of reason, in the West”. But prominent environmentalists were also keen to denounce the paper. Bill McKibben tweeted  that the paper contained the “worst climate change solutions of all time”. Mark Lynas tweeted  that he thought it was an “early April Fool”. It was hard to disagree.

The phrase ‘it was hard to disagree’ at the end there is telling, and invites us to ask why trans/posthumanist ideas are often so quickly dismissed? It is only hard to disagree with the notion of bioengineering humans being an April Fool if it already seems foolish to you. These reactions probably highlight the twin poles of ‘human’ reactions to posthumanity. END_OF_DOCUMENT_TOKEN_TO_BE_REPLACED

In a previous post tilted Psychopathenomics I highlighted a number of studies suggesting that the corporate world-especially high finance-attracts psychopathic personalities, and suggested that our current economic and social systems serve both to reward psychopathic behaviors and foster it in others. It got some interesting responses. So in this post I want to suggest that psychopathenomics rests on the production of a version of posthumanity that I’m going to call the Corporate Posthuman. And that moreover this ‘philosophical’ vision of Corporate Posthumanity has serious consequences for the future implementation of Transhumanist enhancement technologies.

(Although some of what follows is bowdlerised from a chapter in my thesis a discussion of the broader themes would take up too much space and lord knows my blog posts are already very long. However, if anyone wants to know more my paper Producing and Consuming the Posthuman Body in Superhero Narratives provides an overview of the thesis that should help contextualise this particular variation on posthumanity, while my paper The Silver Age Superhero as Psychedelic Shaman offers a vision of posthumanity that is in many respects the opposite of the Coporate Posthuman)

First of all its important to note that many see the emergence of the Corporate Posthuman as a natural and healthy evolutionary development. Jeffery Skilling, the disgraced former president of Enron, for example, reportedly saw Richard Dawkin’s book The Selfish Gene as providing a sort of evolutionary explanation-and impetus-for his own corporate machinations. As discussed in this here video clip from the excellent documentary Enron: The Smartest Guys in the Room:

END_OF_DOCUMENT_TOKEN_TO_BE_REPLACED

A number of recent studies appear to suggest a correlation between class and ethical laxity, or to, put it another way, rich people are bad. Now that’s a touch of deliberate bombast based on what for many, myself included, is a healthy, instinctual mistrust of wealth and authority. And for healthy, sane , fully functioning individuals such as us these results will come as no surprise. However, some less well-balanced humans argue that it is an absurd generalisation to claim that all rich, powerful people are liars and murderers so let’s point out right from the off that correlation does not imply causality. Indeed the authors of one studies highlight the fact that “upper and lower class individuals do not necessarily differ in terms of their capacity for unethical behaviour, but rather in terms of their default tendencies toward it” (The Grauniad). Never the less the same authors do claim that self-interest may be a “more fundamental motive among society’s elite” and selfishness “a shared cultural norm“. END_OF_DOCUMENT_TOKEN_TO_BE_REPLACED